For other people with the name Michael Currie, please visit this page 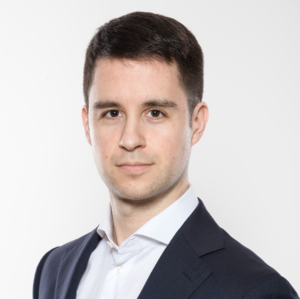 He was born 8 June 1982 in London, Ontario, to Ron Currie and Mary Ann Currie. The eponym of his middle name is his mother's father, Bruce Newman.

At the time of his birth, his mother had just completed law school at the University of Western Ontario. A month after his birth, he moved permanently with his mother and father to Ron's hometown, living at 71 South Hill Street, Thunder Bay, Ontario. [2]

When his mother began articling to begin her law career in September 1982, his maternal grandmother Ruth Newman moved in to help raise him. She left in June 1983 after his father finished teaching for the school year.

His sister Carolyn was born 2 February 1985.

With his parents and sister he spent a year in Dijon, France, from Fall 1987 to Spring 1988, and during this time he attended an all-french school.

Besides this stint, he spent his formative years in Thunder Bay, attending Pine Street School from Kindergarten until Grade 6, Gron Morgan School from Grade 7 to Grade 8, and Hammarskjold High School from Grade 9 until his Ontario Academic Credit (OAC, or Grade 13) year. He graduated from high school in June 2001.

In May 2001 Currie won an honourable mention in the BP/EUI Essay Contest.

From September 2001 Currie attended the Universty of Waterloo. He received his degree in Mathematical Sciences in Spring 2007.

From 2007 until 2016 Currie lived primarily in Calgary, Alberta, working as a software developer and analyst in the financial services industry.

Since 2016 Currie has resided mostly in Asia, where he has founded two AI software startups. As of 2020 he also serves as a director of the Thai-Canadian Chamber of Commerce.

This is a cumulative total of 28 individuals. It's notable that while all grandparents are dead, all the others are still alive.

Michael has about fifty second cousins:

Including all aunts, uncles, grandparents, grandaunts, granduncles, great grandparents, and 2nd cousins once removed, that is 8 + 18 + perhaps 12 cousins more for each side, so perhaps another 50 at least. So his 2nd cousin tree of relations, containing the collective descendants of Alex Currie, John Cooke, Clint Newman, and Joseph Coulter, contains about 100 - 110 individuals.

It's likely Michael has perhaps 300 third cousins, for a total number of relatives out to that level including all descendants, reaching a figure as high as 600.

Michael delivered papers for the Chronicle-Journal, along Hill Street South, from Bay Street to Red River Road. His boss was a man called Glen. He started the route around 22 August 1992, initially delivering the weekend paper early, at about 8:00, but eventually relaxing this time to at least 2 hours later. Having a paper route gave him the opportunity to know his neighbours. He quit the route around the time he began high school, in 1996.

His next job was working at the local cinema, just as it opened: SilverCity Thunder Bay. He worked there from May 1999 until he finished High School, in June 2001.

Michael took his first dance lessons in Fall 1998, at the Dance Centre of Northwestern Ontario, owned by Gina Almgren. He took classes there in Fall 1998 and Winter 1999, ending in a performance at the Thunder Bay Community Auditorium.

Michael next took ballroom dancing classes with Dolores Niskanen in Fall 1999. He didn't do any further dancing until after University.

Michael Currie was born in Ontario, Canada. After university, he started dancing salsa at the clubs and in the dance studios of New York City. After moving to Calgary, Alberta in 2007, he took up International Latin dancing.

Since his first competition on 1 March 2008, he's competed mostly in Calgary and Edmonton in Alberta, but also eight times in Vancouver: for Grand Ball from 2010-2013, and Snowball Classic from 2011-2013 and in 2015. In September 2010 he competed at Embassy Ball in Irvine, California, and in July 2014 he competed at a WDSF World Championship event in Italy.

With Clarice Yau, he won the Adult Pre-Championship Latin events at Wild Rose Ball in 2010 and Snowball Classic in 2011.

On 13 July 2014, in Rimini, Italy, with Michelle Chan he competed at the WDSF Senior I Latin World Championships, finishing 19th of 43 couples. Michelle and Michael qualified for this event by finishing second at the 2014 Canadian Championships in this age category.

On 3 April 2015, before a hometown crowd, Michael repeated his second place result in Senior I Latin at the Canadian Championships, this time with a different partner, Angela Mulrooney.

Currie has had seven dance partners. In syllabus he danced with Anna Zhu from 2008 to 2009, then at the pre-championship and championship levels he has danced with:

Currie was based from 2007 to 2017 in Calgary, Alberta and during that time was coached by Dany Desloges [3] [4], and few times by his wife Gosha Zelinska. He has also taken lessons with Vibeke Toft, Maurizio Vescovo, Andra Vaidilaite, Anna Trebunskaya, Nikolai Voronovich, Maria Nikolishina, Slavik Kryklyvyy, Andrej Skufca, Richard Porter, and several dancers affiliated with Team Diablo in Italy. He attended multi-day training camps with Maurizio Vescovo in Toronto in July 2011, in Molinella, Italy at Team Diablo in July 2014, at the Dutch Open in Assen, Netherlands in November 2014, and in Caorle, Italy for Team Diablo in July 2015.

From May 2012 to May 2015 Currie served on the Board of Directors for DanceSport Alberta Association (DSAB) [www.dancesportalberta.org], a regional body in Canada that forms part of Canada DanceSport (CDS), the Canadian chapter of the World DanceSport Federation (WDSF). During that time he also volunteered as treasurer for DSAB. He was co-chairman of the 25th Alberta Winter Classic, held 22 March 2014 in Calgary. From 2015 to 2017 he founded and chaired a program called Ballroom at School [www.ballroomatschool.org], which introduced ballroom dancing to about five Calgary-area schools.

Since 2016 Currie has been a co-host and producer with the Let's Make The Future podcast, which has produced about 20 episodes as of 2019.

Retrieved from "https://curriepedia.mywikis.wiki/w/index.php?title=Michael_Currie&oldid=7871"
Cookies help us deliver our services. By using our services, you agree to our use of cookies.