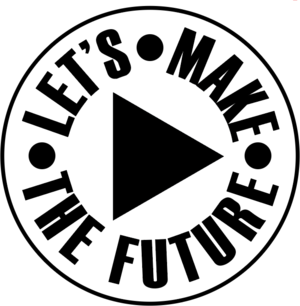 Let’s Make The Future (LMTF) is a podcast discussing future trends, technologies, and their implications for human society.

LMTF is hosted by a diverse group of people having one thing in common: an interest in not only discussing visions of the future, but also in actively participating in executing on those visions to make them a reality. It was founded as a discussion group in 2016 in Silicon Valley.

The show is produced by Michael Currie and Daniel Valenzuela [1], with the other regular panelists occasionally taking on greater responsibilities for specific episodes.

The podcast evolved out of a weekly online videoconference discussion group held by by a group of friends who met through Silicon Valley [2] superconnector and Artificial Intelligence (AI) enthusiast Parnian Barekatain. [3]

After meeting mostly weekly for enthusiastic but unrecorded conversations for many months, the group decided to record the audio from their 12 March 2017 videoconference and release it as episode one of the podcast. Since then, 23 episodes have been recorded as of July 2018.

Retrieved from "https://curriepedia.mywikis.wiki/w/index.php?title=Let%27s_Make_The_Future&oldid=1858"
Cookies help us deliver our services. By using our services, you agree to our use of cookies.