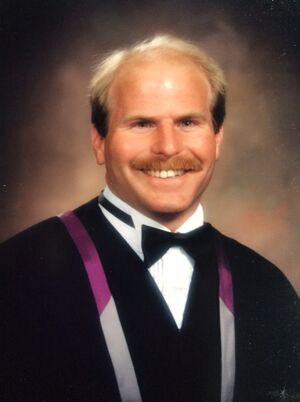 He grew up in Fort Garry, Manitoba and was a member of Fort Garry United Church.

He had a close friend, Kevin Barry Jones.

Ih May 1981, he attained a Bachelor of Commerce Honours Degree from University of Manitoba.

From 1981 to 1983 he worked as a senior accounting officer for the Toronto Dominion Bank.

In 1983 he returned to the University of Manitoba for a Master of Business Administration Degree which he would have been awarded in May of 1985. 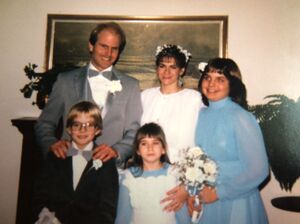 A scholarship was created at the University of Manitoba in his memory: the Bruce Currie Memorial Scholarship.

His widow went on to obtain a Bachelor of Commerce and became an underwriter at Great West Life. She remarried, to Kevin Jones, in 1991.

Retrieved from "https://curriepedia.mywikis.wiki/w/index.php?title=Bruce_Currie&oldid=7850"
Cookies help us deliver our services. By using our services, you agree to our use of cookies.