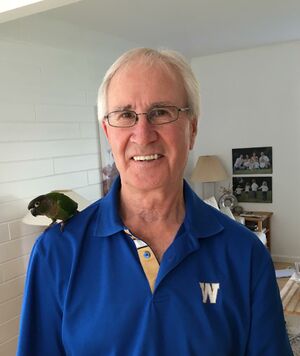 Doug was born in Winnipeg on 21 September 1943 as the middle child to Jack and Lucy Currie.

When he was 10, he moved with his family in 1954 to Port Arthur. His family lived on 50 McKibbin Avenue from 1954 until about 1961 when he left for university. He attended Port Arthur Collegiate Institute (PACI) for high school and played on their winning football team.

Doug was a high school guidance councillor in Fort Frances for many years before his retirement around the turn of the century.

Doug has been a passionate golfer for decades. A lower back disc injury in the early 2000s limited his activity for some time but as of 2019 it is "mostly recovered" [4].

Doug also enjoys watching CFL football as a fan of the Winnipeg Blue Bombers, and has attended many annual curling Bryers as an enthusiastic audience member.

According to his daughter-in-law Jasmine, Doug was already inebriated on the first night he came to court Loraine (born 12 September 1943) to pick her up on their first date. 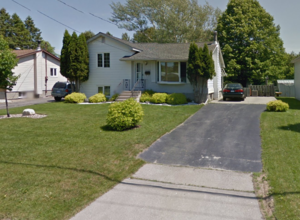 Despite this inauspicious beginning, they married on 26 July 1967. They moved to Fort Frances and first lived in another house for a year while their ultimate house was construted. Doug built a house they still live in today, at 1020 Williams Avenue. [1] [4]

Over the span of about one year, in about 1970, while they lived in another house in Fort Frances, Doug assisted a builder called George Mayhew in building his house. Doug may have helped with things like nailing boards and such.

It was constructed alongside two or three other houses in the same neighbourhood that followed exactly the same plan. The house has a particularly efficient use of space and allows for several large rooms within a relatively small amount of space. It is also very well-maintained by Doug and very well-decorated with a white color inside by his wife Loraine. [1] [4]

Doug and Loraine have children:

He also has four grandchildren: 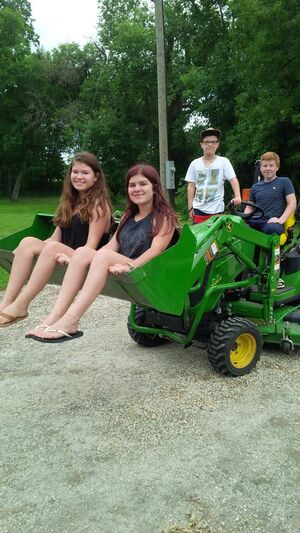 Doug is the eponym of his grandson Grady's middle name.

Retrieved from "https://curriepedia.mywikis.wiki/w/index.php?title=Doug_Currie&oldid=3202"
Cookies help us deliver our services. By using our services, you agree to our use of cookies.