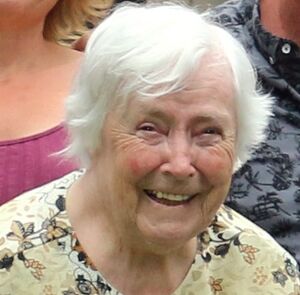 Elizabeth Elaine Luet (nee Coulter) (born 27 June 1929) is a Canadian woman and matriarch of the Luet family of Southern Ontario. She has 12 blood descendants as of 2019.

Elaine was born 27 June 1929 to the Reverend Joseph Coulter and his wife, Williamina Bessie Coulter. She was the sixth of seven children.

Elaine "worked for Bell for a couple of years then was a career mom and housewife, grandma, and babysitter," according to her daughter Stephanie. 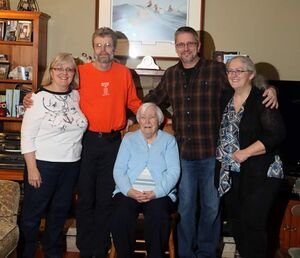 Elaine and Phillip had four children:

Stephanie and Joel's middle names are for their mother and father, respectively.

Karen and Tim's middle names are named after their aunt and uncle Ruth Newman and Bruce Newman, respectively. 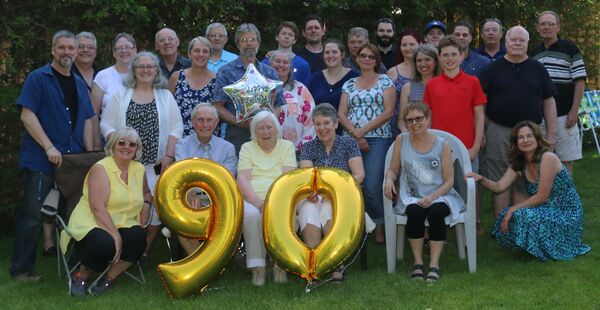