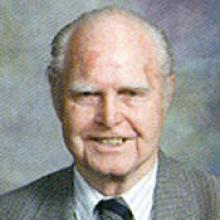 He was the son of Alex Currie and Anna Snook.

Clyde played cornet with the Greenwood Orchestra of Greenwood United Church [1] (according to his obituary) and the Royal Canadian Air Force Band circa 1945.

Currie attended United College (which received its charter and became the University of Winnipeg in 1967). He was an installer and salesman for furnaces and major appliances at Eaton's Winnipeg Store, at its height when it employed 8,000 people and was considered the most successful department store branch in the world. [2]

He married Jean Boag while playing with the Greenwood Orchestra.

With her he had three children:

At age 84 he lived for one year in an independent living place:

Then he lived in a succession of two nursing homes near his daughter Marilyn:

- The first was a nursing home on the site of what is in 2021 called [Riverwood Square](https://www.riverwoodsquare.com/contact-and-tours/contact-us), at 1778 Pembina Highway. The nursing home he was in was "torn down for a new independent living/ combined with an Alzheimer’s wing." according to Marilyn.

- The second was [Vista Park Lodge](http://www.extendicarevistaparklodge.com/) in St. Vital, at 144 Novavista Drive.

CLYDE CURRIE Peacefully on September 8, 2006 Clyde Currie passed away at Vista Park Lodge Personnel Care Home. Dad was predeceased by his parents; wife Jean; son Bruce; sisters, Flora Helyar and Marion (sic) Gillis and her husband George; brother Neill Currie; sister-in-law Lucy Currie; and daughter-in-law Yvonne Currie. Dad is lovingly remembered by his brother Jack Currie; brother-in-law Jack (Lynn) Boag; son Allan Currie; and daughter Marilyn (Doug) Hermiston. His grandchildren, June, Ian, and Jason Currie, Debbie Zamonsky, Laura Johnson, Angel Budge, Sharlene Telles-Langdon, Shaun Moffat [sic], Douglas and Sean Hermiston, Kim Hupé and their families will always remember him. Dad also leaves behind 16 great-grand-children and numerous nieces and nephews. Dad was born in Port Arthur, ON, then moved several times since his Dad was a CPR Stationmaster. He graduated from Gordon Bell High School and met Jean while playing coronet [sic] in the Greenwood Orchestra. Dad also played in the Royal Canadian Air Force Band near the end of the Second World War. He was also a major appliance salesman at Eaton's for over twenty five years. Dad will mostly be remembered as a good father and for his love of the outdoors. He took 1st prize in the Fort Garry Garden Competition years ago. They enjoyed many years camping and their cottage life at Falcon Lake. Later in their travel van, Mom and Dad thoroughly covered the USA and Canada. As well, they visited many countries in Europe, Asia and the Caribbean. Dad made many friends through bridge, curling and church. He thoroughly enjoyed reading. Though strict, he had quite a sense of humour and enjoyed house parties with friends. We know he will be missed by his longtime friends, Tom [3] and Irene Stobart and family. Interment will be held on September 13 at Thomson In The Park Cemetery, 1291 McGillivray Blvd. at 1:30 p.m. A celebration of his life will follow at Fort Garry United Church, 800 Point Rd at 2:00 p.m. with Rev. Dr. Gordon Taylor [4] officiating. In lieu of flowers, donations may be made to the Bruce Currie Memorial Fund at the University of Manitoba. Thomson Funeral Home 669 Broadway 783 - 7211

Retrieved from "https://curriepedia.mywikis.wiki/w/index.php?title=Clyde_Currie&oldid=7920"
Cookies help us deliver our services. By using our services, you agree to our use of cookies.