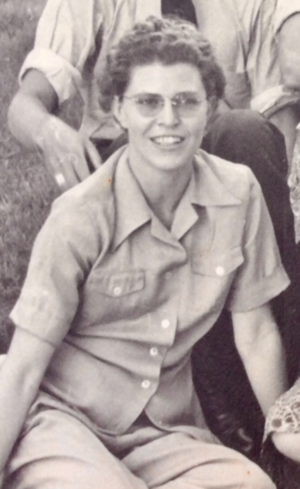 She was born to Alex Currie and Anna Snook in Port Arthur, Ontario.

She was mother to a son and two daughters, all of whom moved to North Vancouver:

She lived in Winnipeg all her life until moving to North Vancouver in early 1969.

On 5 July 1973 she died of breast cancer. By the end, the cancer had impacted her second breast, and she became depressed and overdosed.

Retrieved from "https://curriepedia.mywikis.wiki/w/index.php?title=Flora_Heylar&oldid=1037"
Cookies help us deliver our services. By using our services, you agree to our use of cookies.