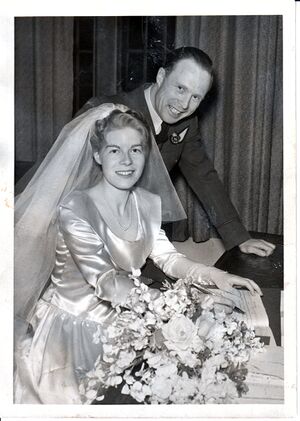 Wes Coulter with his bride Betty Caswell at their wedding at Hart House, 3 March 1945

Wes was born 16 May 1912 in Alberta to the Reverend Joseph Coulter and his wife Williamina Bessie Coulter, less than one year after their 26 July 1911 marriage in Edmonton. He was the oldest of their seven children born over the course of 21 years.

Wes used his middle name, likely to disambiguate himself from his father, with whom he shared a first name.

He served as a Pilot Officer, in the role of "sergeant navigator" in the RCAF, service number J/90189.

He and his two brothers Hubert and Everett were all navigators in the Air Force. Wes was the only one who survived the war. His other brother of service age, Ken, was deaf and thus worked for the war while remaining in Canada.

I sent away to Ottawa last fall [2018] and got replacements of the medals awarded to my Dad, and had them mounted and framed, and I was showing them to [my son] Dylan. It got us talking about Everett and Hubert. I do have some interesting documents left behind by my Dad, including an actual map on which he plotted the flight route over Germany for one of his bombing raids (he was a navigator).

After the war, he became a salesman for Maple Leaf foods. (according to the recollections of his niece Stephanie Luet in November 2018)

Jeff and Hugh are apparently unmarried with no issue. 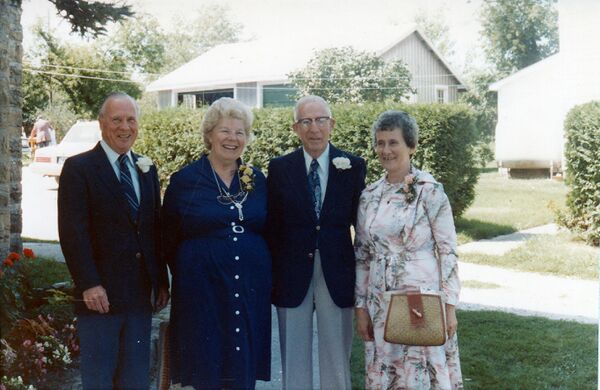 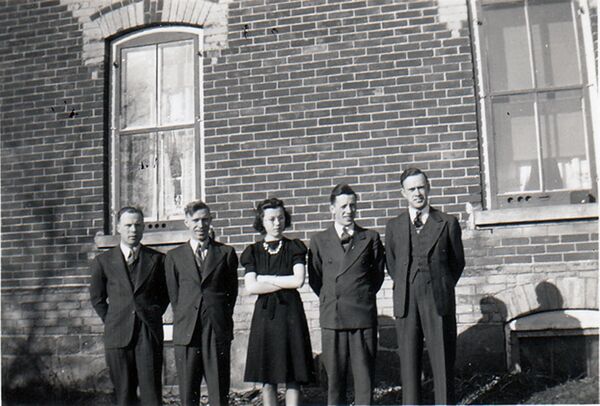 Retrieved from "https://curriepedia.mywikis.wiki/w/index.php?title=Wes_Coulter&oldid=3008"
Cookies help us deliver our services. By using our services, you agree to our use of cookies.