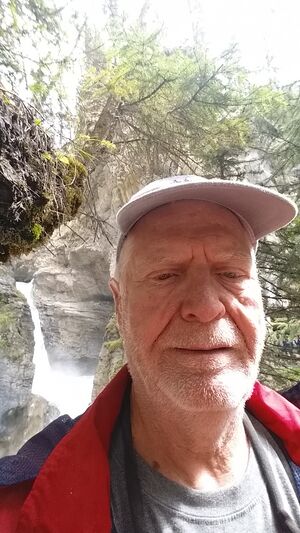 He has 14 step-descendants and at least 9 biological descendants.

Currie attended university on a sponsorship by the Canadian Armed Forces. He graduated 1966 with a BSc in Electrical Engineering (Electronics).

He married Jackie Gregory in 1965. They had four children:

Allan and Jackie divorced in 1980. At the time the children were aged 14, 12, 6, and 4. Jackie kept custody of their children, remarried, and moved around frequently in Manitoba. However, once the children left home they all settled down in Winnipeg.

In 1986, Currie remarried, to Yvonne Carol Narozniak. He was a male influence in their lives, but did not adopt her three daughters from her two previous marriages:

His second wife Yvonne died in 2003. Since then he has stayed a bachelor.

As of 2018 he also has at least three grandchildren:

As of 2018 he also has at least two great-grandchildren:

After his graduation in 1966 Currie went through pilot training. He served with NATO in Germany flying the supersonic Canadair CF-104 Starfighter from 1968 to 1970. 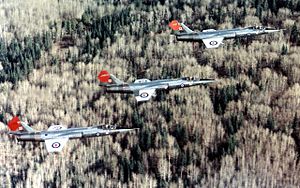 From 1977 to 1979, he served in Winnipeg as the Aide to the Base Commander, Base Information Officer and oversaw all the military students at universities from Brandon to Lakehead.

In 1979, he flew as an instructor on the Instrument Check Pilot School in Winnipeg, flying the CT-114 Tutor aircraft (as flown by the Snowbirds Air Demonstration Team) and the DC-3 twin engine propeller aircraft.

In 1980, he was transferred to Edmonton, Alberta, to train on the C-130 Hercules transport. However, he "really didn't want to fly the Hercs", and this, combined with a desire to be closer to his children in Winnipeg, led to his decision to retire from the Royal Canadian Air Force after 20 years, in 1982, and return to Winnipeg.

He took a Computer Tech Course at Red River College, and from 1984 to 1992 he worked in computer sales, service and managed a computer centre, in the early years of the Personal Computer era.

In 1992 he moved to Bristol Aerospace, who were overhauling the CF-5 aircraft he previously flew. Their overhaul included a total rewiring of the plane.

In 1994, as this contract was winding down, he "jumped ship" to Air Canada Technical Services in Winnipeg and worked as an Avionics Technician. There, he was involved in the overhaul of the Airbus A319/320/321 aircraft. This work "included all aspects of electrical work from replacing light bulbs, installing new systems like the inflight entertainment and testing and solving problems with systems like the Flight Management Guidance."

As of 2018, Currie maintains an active lifestyle: 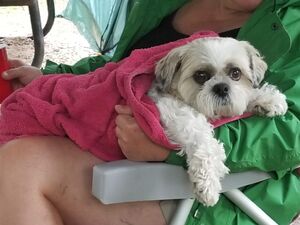 Retrieved from "https://curriepedia.mywikis.wiki/w/index.php?title=Allan_Currie&oldid=2486"
Cookies help us deliver our services. By using our services, you agree to our use of cookies.