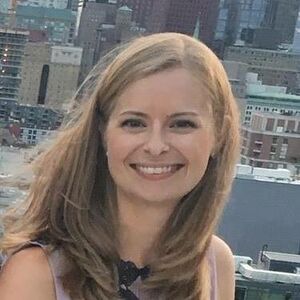 Meredith was born to Sandra Kenzie and Jim Kenzie on 20 February 1980. The next day, her cousin Vanessa was born. Meredith's middle name is for her paternal grandmother, Edith Louise.

Meredith was raised at the Kenzie Speyside Estate near Milton, Ontario. As a child, she attended the Halton Waldorf School, and Acton High School. She was highly involved in a local dance studio; practicing, performing, and teaching ballet, modern, jazz, and national dance at the Halton Hills School of Dance.

Meredith worked at Novita Theatre Consulting in Toronto, Ontario, from (dates needed). She moved to Whitehorse, Yukon in 2012, where she worked as the Events and Marketing Manager for the Kwanlin Dun Cultural Center until 2017.

In 2018, she and her family travelled to Mexico, Belize, Thailand, and Vietnam. In 2019, the family moved to Japan, where they lived Fukuoka City while starting an online business.

Meredith and her husband are vegan.

We are originally from the Toronto area in Canada. We met while working and living in downtown Toronto. During one Valentine’s Day dinner, we did some math on a napkin and hatched the idea to move to Whitehorse, Yukon, for an adventure and a change. Little did we know, we were already expecting our first child! We went anyway, and built an amazing life there – fulfilling careers, great friends, and actual work-life balance (or as close as you can get).

Despite the great life we had created, we were starting to feel the wanderlust itch. After a life-changing month in Thailand in June 2017, we decided the time was NOW to get away from our busy 9-5 life and spend more time with our daughters while they still want to spend time with us!

We also wanted to explore the world while our girls were still relatively “portable” – school isn’t a big concern for us when you have the whole world as your classroom, and kids make friends so easily when they’re young. We have location independent incomes, and slow travel as we raise our two girls to be global citizens.

Retrieved from "https://curriepedia.mywikis.wiki/w/index.php?title=Meredith_Kenzie&oldid=4333"
Cookies help us deliver our services. By using our services, you agree to our use of cookies.