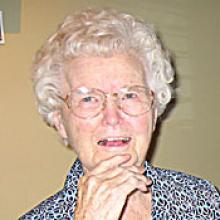 She was the daughter of Alex Currie and Anna Snook.

With her husband George Gillis she had three sons, Mike, Wayne, and Greg.

She had six granddaughters (two of which were adopted) and no grandsons.

They had their 50th wedding anniversary with many family members in September 1996, at Gunn Lake Lodge in Kenora, Ontario. A 14-year-old Michael Currie was in attendance.

MARIAN GRACE GILLIS (nee CURRIE) On January 7, 2006 at Victoria General Hospital, Marian Gillis passed away after a short but courageous struggle with pancreatic cancer. Left to cherish her memory are her sons Michael and Greg (Margaret Redmond) of Winnipeg, and Wayne (Sharon Nitschke) of Ottawa; her granddaughters, Phoenix, Veronica, Meagan, Grace, and Katie; brothers, Clyde Currie of Winnipeg and Jack Currie of Thunder Bay; and numerous nieces and nephews and their children and grandchildren across the country. She was predeceased by her loving husband of 56 years George Gillis in 2003; her parents Alex and Annie Currie; her sister Flora Helyar; and brother Neill Currie; and by her younger sister Norma who died in early childhood. Marian was born on June 4, 1923 in Oakbank, MB, and spent her early years living in a number of small towns where her father was Station Agent with the CPR. In her teen years she moved to Winnipeg, where she spent the remainder of her life. After graduating from Gordon Bell High School, Marian worked at Great-West Life, and first met George in September 1945 at the Serviceman's social center in the Eaton's Annex, where she and her friends would go to dance with returning Servicemen. Marian and George were married on September 21, 1946. Marian was a devoted wife and mother, and a cherished friend to all who knew her. Somewhat shy by nature, she enjoyed a varied social and recreational life, ranging from church choir and Sweet Adelines [1] in her younger years, to bridge, bowling, the Riverside Lions Club, and participating in the many arts and cultural activities offered in Winnipeg. After George lost his eyesight in the early 1950s, and throughout the remainder of their lives together, Marian took on an extraordinary role in her household that everyone but she seemed to truly appreciate. While George held the then-traditional role as man of the house and breadwinner during his 31-year career at CNIB, Marian took on the roles of chauffeur, banker, groundskeeper, housepainter, assistant carpenter (some things George would not completely relinquish), and family travel agent, along with all of the traditional responsibilities as a mother and homemaker. Marian and George were avid travellers, particular in their retirement years, and enjoyed numerous journeys to the four corners of the world. Above all, Marian loved to spend time with her family and with her very dear circle of friends, and she cherished family dinners and the many social events with friends, some of which occurred on a regular basis for over 50 years. The family expresses their sincere appreciation to the professional and compassionate staff at Victoria General Hospital 5th Floor, where Marian was able to find comfort during her final days. A memorial service and reception will be held at 1:00 p.m. on Thursday, January 12 at Thomson Funeral Chapel, 669 Broadway. Flowers are gratefully declined. If friends so desire, donations can be made to the Riverside Lions Club, 188 Worthington Ave., R2M 5K1, or to CancerCare Manitoba, or to a charity of their choice.

Retrieved from "https://curriepedia.mywikis.wiki/w/index.php?title=Marian_Gillis&oldid=915"
Cookies help us deliver our services. By using our services, you agree to our use of cookies.