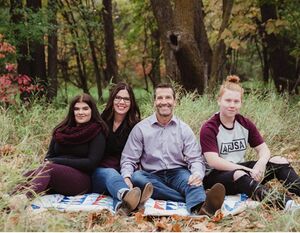 Grady was born 18 November 2001, less than a year after his parents Ian and Jasmine Currie had met and fallen in love. His middle name was after his grandfather Doug Currie, but there was "no reason behind the name 'Grady'", according to his mother.

Grady's shock of red hair was inevitable given genes present for it on both sides of his family (his mother's paternal grandfather Jack Currie, for instance). 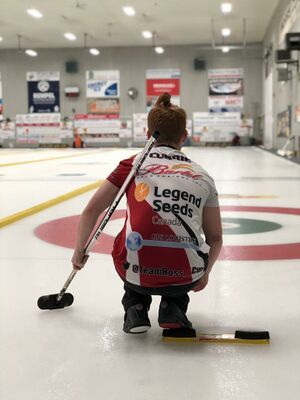 Grady is a curling enthusiast who is competing in the Manitoba provincial competition in March 2019. Like his family, he is a fan of the CFL football team the Winnipeg Blue Bombers. He enjoys playing soccer.

He is set to graduate from Portage Collegiate Institute (PCI), a high school, in June 2019. He currently works part-time at Co-Op Grocery Store.

After graduating Grady "aspires to be a rap producer", according to his mother.

Retrieved from "https://curriepedia.mywikis.wiki/w/index.php?title=Grady_Currie&oldid=4125"
Cookies help us deliver our services. By using our services, you agree to our use of cookies.