Dave was born to Bill and Eleanor Currie in Ottawa, Canada on 21 March 1972. His older sister Janet had been born in 1969. 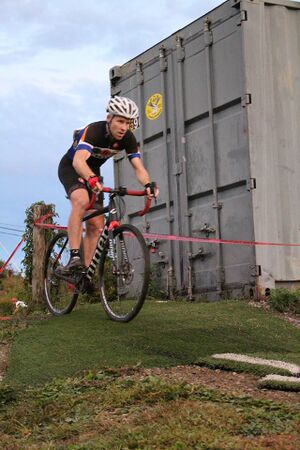 Throughout his life he has enjoyed the hobby of Bicycle Racing.

Like his older sister, he attended Earl of March Secondary School in Ottawa, Ontario.

Dave is as of 2019 Senior Principal Software Engineer at Akamai Technologies, where he has worked for over ten years.

He married to Jackie Currie and had two boys:

Retrieved from "https://curriepedia.mywikis.wiki/w/index.php?title=Dave_Currie&oldid=4183"
Cookies help us deliver our services. By using our services, you agree to our use of cookies.