SilverCity Thunder Bay Cinemas is the dominant movie theatre in Thunder Bay, Ontario, Canada, since it opened in about June 1999 in Thunder Bay. It has 12 theatres, and is located at 850 North May Street.

In 1999, before SilverCity opened, Thunder Bay was being serviced by several old-style theatres. The Capitol, The Paramount, Victoria Theatre, and a few others all dated to the 1920s-1950s, while the Cumberland Cineplex and Victoriaville Cinemas were part of the trend in the 1980s? to have many small theatres.

The Capitol was the former Famous Players theatre in Thunder Bay: "Operated by Famous Players, this theatre opened on November 28 1941 with 1,025 seats. It was designed by architect Jay I. English and interior decorations were by interior designer Emmanuel Briffa. It was twinned in 1984 and closed around 2000 [in fact it was closed in about June 1999 at virtually the moment that SilverCity opened]. It was converted to a dinner theatre with a medieval knights theme. This has since closed and the building was demolished in June 2014." [1]

SilverCity Thunder Bay was a huge leap forward, with stadium seating, huge, comfortable seats, and excellent sound, as well as franchised food such as Taco Bell available in the lobby. It was part of Famous Players President John Bailey's push to compete with AMC and Cineplex, both of which were pushing this model across America and Canada. Famous Players

Soon after SilverCity opened, all the old film theatres were forced to close, from a lack of customers, since everyone in the city changed to go to SilverCity.

Famous Players expanded throughout the 1990s. Under chairman John S. Bailey, Famous Players re-built its infrastructure from 1996 to 2003 with new "megaplex" theatre brands featuring stadium seating, such as SilverCity and Coliseum, with food courts and video games. Around that time, AMC Theatres entered the Canadian market, and most of the traditional ties between the existing chains and the major studios began to unwind, putting all three chains in full-on competition in several major markets.

Famous Players president John Bailey says the boost in the price of adult tickets was necessary to offset the cost of building billion-dollar extravaganzas that have given audiences big screens, concessions galore, VIP boxes, valet parking -- even love seats with retractable armrests.

Virtually every major theatre chain -- Famous Players, Cineplex Odeon, AMC, all wholly U.S.-owned -- have been gripped by the building frenzy, bulking up both in locations and screens. Industry pundits say the expansion has meant incredible cost to the chains -- a portion of which, inevitably, had to work its way down to the consumer.

"It's not something we have done lightly," said Bailey, reached in London, Ont., yesterday where his Viacom-controlled firm is opening another glitzy multiplex in its burgeoning circuit. "We don't do this without a lot of careful thought. We don't want to offend people, or feel like we're gouging people. But it's a business matter.

"The reality is, after you take into account carrying costs, there's no profit," said Bailey, adding theatre operators make their money in concessions, where margins are typically 80 per cent. "The new complexes, with all the bells and whistles, cost more. These buildings have revived the business, lured more people into the seats, but they're hugely expensive. People have to remember this is not the same old movie experience."

John Bailey hired a team of hot-shot Toronto-based employees to kick-start the team. He also included Jim, the long-time manager of the Capitol, the Thunder Bay theatre Famous Players owned at the time.

They chose to rent land from the not-for-profit Canadian Lakehead Exhibition (CLE), which has approximately 8 hectares acres of land centrally located within the city.

In May 1999, a "casting call" was posted in the Chronicle-Journal. Prospective employees "auditioned" to become staff members. The casting call was conducted in an outdoor improvised site near the building that was finishing construction, in a highly unorthodox job interview involving karaoke, in a process designed to identify extroverted and energetic prospective employees.

Training for employees was conducted in May? and June at the Capitol Theatre.

A few days before opening, about 4 of the approximately 50 employees were engaged for last-minute labour setting up the building for launch. Those four employees included Michael Currie and Dane Newbold.

Opening in July 1999, SilverCity just missed opening the biggest movie of the year, Star Wars: The Phantom Menace. Instead it was forced to open the much less well-reviewed Wild Wild West.

On 4-5 July 1999 the newly opened SilverCity was affected by a derecho (straight-line wind storm) that passed through a large section of Northern Ontario. In Thunder Bay this storm is remembered as the "legendary Green-Sky storm" [3] [2]

I was working at Silvercity when the sky turned green...It was the Wild Wild West Premiere, and the rain soaked the hay, which got pulled inside...then the theatres flooded because Tom Jones did a shitty job sealing the doors...we were stuck going theatre to threatre, pushing water uphill with pushbrooms towards hidden drains. The building stunk like wet hay for about a month.

One day in summer 1999, a migration of moths were attracted to the very bright lights and all died in one night and the employees had to sweep them up with brooms. It was disgusting. There were thousands and thousands of moths, and some got into the theatre if any doors were left open.

Craziness during the Canadian Lakehead Exhibition which had SilverCity embedded inside of the event!

In February 2005, Viacom announced the sale of Famous Players for $400 million.[7] Cineplex Galaxy, controlled by Onex Corporation acquired Famous Players from Viacom for $500 million (about US$397 million) in June 2005, with the deal was completed on July 22.

As of March 2019 SilverCity became licensed to sell alcohol. [5]

On 17 March 2020 SilverCity closed along with all other Cineplex theatres as part of an effort to combat COVID-19.

A mixtape of music (which was an actual audiocassette, not a CD) was played at SilverCity on a loop for at least two years.

To this day if I hear "Every Morning" by Sugar Ray or any of the other songs on that one mix tape that played nonstop in 1999 and 2000, it takes me back to my days of taking tickets and checking bathrooms every 30 minutes...

It contained such songs as: 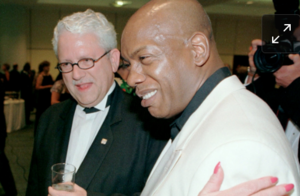 TORONTO, ONTARIO. August 10, 2004. The Board of Trustees of Cineplex Galaxy Income Fund (TSX: CGX.UN) today announced the appointment of John S. Bailey, former Chairman and CEO of Famous Players, to the Board of Trustees. Mr. Bailey will also assume a role on the Audit Committee of the Fund. The appointment is effective as of today. Ellis Jacob, President and CEO of Cineplex Galaxy LP said, “I am very pleased to have John join our Board. John Bailey is uniquely experienced in the Canadian film exhibition industry and his expertise will add great value to our Board”. John S. Bailey was Chairman and CEO of Famous Players from 2000 to February 2003 after serving as President from 1997. Prior to that, he was Chief Operating Officer from December 1995 and Executive Vice President from March 1992. Mr. Bailey's career spans 29 years in the film industry. For the four years prior to joining Famous Players, Mr. Bailey was Senior Vice President, Financial Planning for Paramount Pictures Corporation, based in Los Angeles. From 1983 - 1988 he served as Vice President and then Senior Vice President of the Gulf and Western Entertainment Group that was responsible for Paramount Pictures, Madison Square Garden and Paramount's theatre groups that included Famous Players. ronto

Retrieved from "https://curriepedia.mywikis.wiki/w/index.php?title=SilverCity_Thunder_Bay&oldid=6965"
Cookies help us deliver our services. By using our services, you agree to our use of cookies.