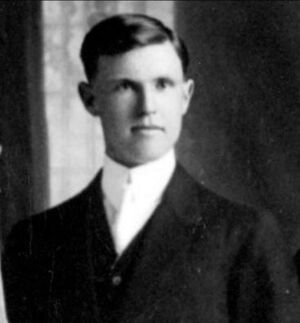 Alexander Clapperton "Alex" Currie (1889 or 1890 - 6 September 1964) was a Canadian Pacific Railway station agent [1] for 41 years until his early retirement in Winnipeg due to tinnitus and Bell's palsy in 1948. He had six children, including Jack Currie.

Currie's parents, John Currie and Mary Riddell, immigrated from Selkirk, Scotland in 1883 to the wool mill town of Almonte, Ontario, Canada [2] which is close to Ottawa, Ontario. Alex was born in Almonte.

All his siblings joined their father in working for the wool industry. However, Currie had a different ambition. Taking a job with the railways at age 17, his job took him far from the mill town of his youth to many small towns across Ontario and Manitoba. In Port Arthur, Ontario, he married Anna Snook on 3 June 1914, 6 years after starting with the CPR.

He moved with his family to Manitoba in 1917.

Given his mother's age at his birth, it is possible that he is actually the son of his "sister", Christena, by some unknown father, which would invalidate his entire patrilinial Currie lineage from Scotland. 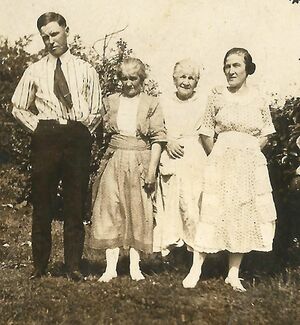 Alex, circa 1914, with his sister Christena, his mother Mary, and his sister Grace 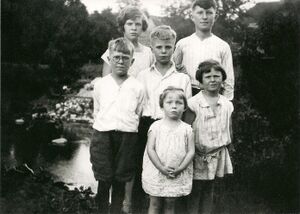 With his wife he had three sons: Jack, Neill, Clyde, and three daughters: Flora (Heylar), Marian (Gillis), and Norma. Norma died at age 4, of diphtheria [3]. Despite the lack of family planning technology available at the time, all their children were born two years apart and most in June.

His children were gifted musically:

Four of his six children had issue, and all four had three children, for a total of twelve grandchildren. In 2009, Jack, his last living child, died.

He left four branches of the family:

So of twelve grandchildren, ten have had issue, and another has adopted.

In this branch, Janet had three children, Michael 0, and the rest 2 each, for a total of 11 so far in that generation. As of 2018 there are no children in the subsequent generation.

In this branch, three children, plus Allan has 9 blood descendants, and Marilyn 4, for a total of 16.

The Currie name continues through six boys likely to have issue: 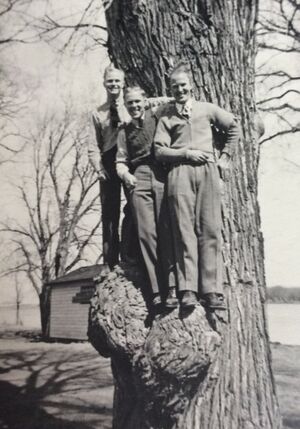 Late in life he had tinnitus and Bell's palsy. According to Ron Currie, when he was a boy and his family visited Alex, as a precaution Alex would already move to the bedroom before the boys would arrive, and when they did and Anna would shush. Jack would go the yard and "grandpa" would have a quiet conversation with him.

Later that same year, on 6 September 1964, Currie died at age 74. His death was caused by a sudden and unexpected stroke (according to Marilyn Hermiston). 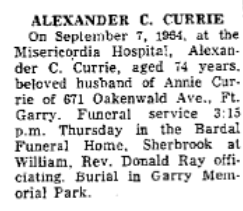 Retrieved from "https://curriepedia.mywikis.wiki/w/index.php?title=Alex_Currie&oldid=7848"
Cookies help us deliver our services. By using our services, you agree to our use of cookies.