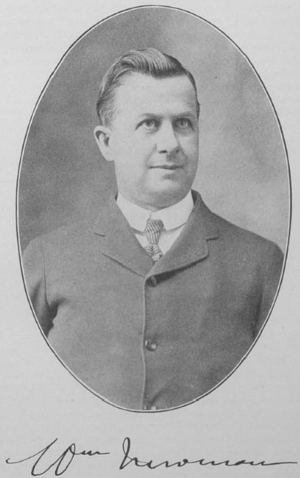 William belongs to an English family which settled in Ontario in 1845. In that year his grandfather, Thomas Newman, and his wife Mary (Hillier) Newman, and two children, became residents of the County of Essex, having secured land from Col. Talbot, on the north half of Lot 14, Middle Road, North. On this property Thomas Newman and his wife died, leaving as heirs a son and a daughter: James, who became the father of William Newman, of Windsor; and Anne, who became the wife of John Campbell and is now deceased.

William Newman, the fourth child of James Newman, was born 22 January 1866, in Tilbury West, and was given most excellent educational advantages. After honorably and creditably finishing his course in the Galt high school; he entered the School of Practical Science of Toronto University [2], from which institution he was graduated in 1891, with his degree of civil engineer.

In 1905 Newman described himself as: "Politically, Mr. Newman is identified with the Conservative party, and fraternally he belongs to both the Masonic and I.O.F. orders. He is an associate member of the Canadian Society of Civil Engineers, and in his profession is regarded as an authority; he is considered one of the progressive and useful citizens of Windsor."

After spending one year in engineering work with Alexander Baird, on 1 January 1893, he opened an office in Windsor, and from that time he has enjoyed the cordial support of the public, and does more business in his line than any other in this locality. His ability has been so recognized that in 1895 he was appointed city engineer, an office "he most capably filled", up until 1905. 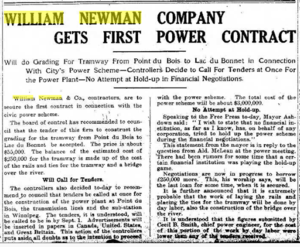 First attested contract in Winnipeg, circa May 1907

Sometime between 1906 and 1907 he started "Wm. Newman Co. Ltd.", also known as "William Newman Co.", in Winnipeg, which was referenced in Winnipeg newspapers as winning various contracts for pile driving and grading of roads, from 1907 until 1951. [3] 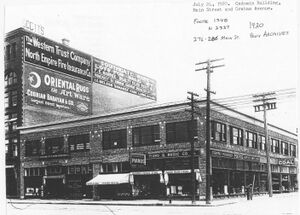 In the 1920s, the headquarters of William Newman Company were in room 104 of the Cadomin Building at Main Street and Graham Avenue (276-286 Main Street) [4]. 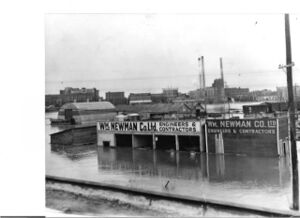 After William died in 1952 the company was liquidated to settle lawyers' claims. The company's work office at 825 Taché Avenue was the site of "Red River Construction Co. as of 1955. [6]

825 Taché Avenue, a 1-acre site in a prime position at the centre of the city, was the site of a planned high-rise residential building in 2015. 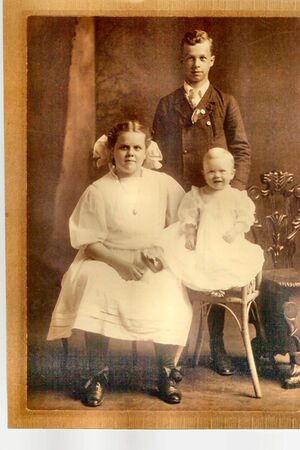 In 1891 Mr. Newman was married to Lorana Wilkinson, daughter of J. J. Wilkinson, of Mersea township, and three children were born to this union, namely:

Upon completing high school his son Clint began attending University with the intention of becoming a civil engineer. During the summer seasons he worked for his father William in the family construction business, Wm. Newman Construction Co. based in Winnipeg, Manitoba, Canada (photo: 1950 flood). The company specialized in pile driving, building bridges and wharfs. This would have taken place approximately 1912-13.

The following was posted to page 15 of the Winnipeg Free Press on 22 January 1936, along with six others:

In 1950 his company's low bid was rejected for being too low.

In November 1951 some piling material was listed as being for sale. Perhaps this was a liquidation of the company's assets? But William hadn't died yet.

David Newman claims he died 6 January 1952. This cannot be confirmed in the Manitoba Records until 70 years have passed, so we must wait until 2022. [7]

Clare had one son, Patrick.

David Newman, as recorded from stories from Harold Newman

A biography written for the "Commemorative Biographical Record of the County of Essex", likely by William Newman himself, in 1905.

Retrieved from "https://curriepedia.mywikis.wiki/w/index.php?title=William_Newman&oldid=3751"
Cookies help us deliver our services. By using our services, you agree to our use of cookies.