Hunt was born to June Currie and her boyfriend Steve Hunt on 30 September 1985.

Since at least 2006, she has had a boyfriend Mike Stefak (born 27 August 1980) who is from Thunder Bay. They got together in Winnipeg.

In about 2007, after Mike graduated from a Boilermaker course, they moved to Paisley, Ontario. 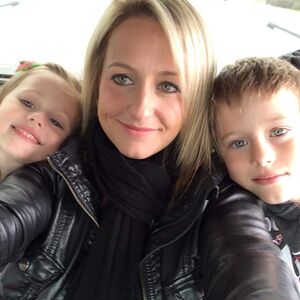 Desiree and her children, circa 2016

With him she has had two children:

At first, she took after her mother June, and became a health care aide and homemaker.

Over the period from 2005 to 2012, while away from her hometown of Winnipeg, her bodyweight increased to a peak of 275 pounds.

In December 2011 and January 2012, Hunt had returned home for a visit, but she "avoided [her] old friends like the plague" while she was there, because "[she] didn't want anyone to see the weight [she] had gained" she told POPSUGAR. "I was ashamed of who I had become. I was unhealthy, unhappy, and miserable."

As she recounted to the magazine POPSUGAR:

Jan. 15, 2012: the date is practically burned into Desiree Hunt's memory, now holding as much significance as a birthday or anniversary. It was the day she woke up and realized something — rather, everything — needed to change if she wanted to lose weight for good. No more excuses; no more lying to herself. Since that fateful day five years ago, Desiree has dropped 141 pounds, and her journey from weighing 275 pounds to 134 is truly inspiring.

In the weeks leading up to that day in January, Desiree was back in her hometown of Winnipeg in Canada. Though the holidays are typically a time for catching up with friends and family, Desiree "avoided [her] old friends like the plague" while she was there, which she had done every time she went home in the years prior. "I didn't want anyone to see the weight I had gained over the last seven years since leaving my hometown," she told POPSUGAR. "I was ashamed of who I had become. I was unhealthy, unhappy, and miserable."

To add to the negative feelings she experienced while in Winnipeg, her trip back home was just as scarring. On her flight, she realized she almost needed two seats on the plane, which she described as a "terrifying" and "eye-opening moment" for her. That was the icing on the cake that made her realize that major lifestyle changes were needed.

The next three days were spent consumed in research as Desiree looked up everything there was to know about natural weight loss. She binge-watched episodes of Extreme Weight Loss for motivation and used Tosca Reno's clean-eating website to learn more about healthy food habits. She revamped her entire diet, ditching red meats, flour, pasta, refined sugars, and fried foods and adding more natural foods like vegetables, leafy greens, fruits, and lean proteins. Smoothies became a regular part of her routine, as she drank one or two each day and filled them with protein powder, spinach, fruits, and natural nut butters to make them a complete meal. And when she wasn't sipping on one of her homemade smoothies, Desiree was opting for multiple small meals and snacks, each of which were a "well-proportioned mix of healthy carbs, fats, proteins, and micronutrients." 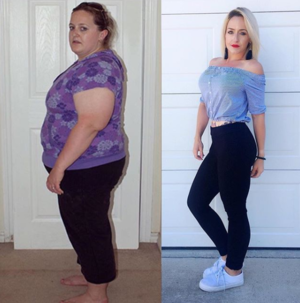 Since losing 140 pounds in 2 years, she became very active. She is now a Professional Photographer, a Certified Aerobics Trainer and has a a social media presence where she posts inspirational pictures and previously, healthy recipes. As of 8 July 2018 she has 35,200 followers on Instagram; she ranks 649,859th, placing her in the top 0.1% of Instagram users. [1]

Retrieved from "https://curriepedia.mywikis.wiki/w/index.php?title=Desiree_Hunt&oldid=2542"
Cookies help us deliver our services. By using our services, you agree to our use of cookies.