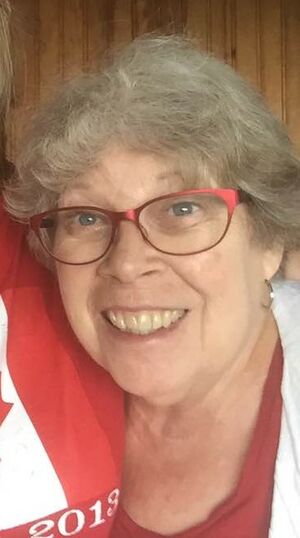 Nancy Greenwald is a retired teacher of the deaf and hard of hearing.

From 1978 to 2002, she lived in the South Hill Street neighbourhood of Thunder Bay, Ontario, next door to Ron and Mary Ann Currie. Since then she has lived in Toronto.

Nancy was born in St. Louis.

She first worked as a teacher of the deaf and hard of hearing in St. Louis, Missouri, and Lincolnwood, Illinois.

Nancy moved with her husband to Thunder Bay in 1978, where she took a job as a teacher of the deaf and hard of hearing in the Thunder Bay District School Board (TBDSB).

My parents moved to Thunder Bay from Toronto because they didn't want to raise a family in a big city. They were able to sell their Toronto house, and move to TB, and the difference in cost of living allowed them to pay cash for our house and start up the business.

She retired from this position in December 2002 and moved to Toronto.

From January 2003, she was a certified Auditory-Verbal Therapist in the Cochlear Implant Program at the Hospital for Sick Children, Toronto, Ontario. She retired from this job in 2012.

Since 2012 she has remained in Toronto, but for six summers she returned to her native St. Louis to work at the St. Louis Zoo in the education department.

She moved in 1978 with her then-husband, Donald Hood, to Thunder Bay, Ontario, where they raised their two children: 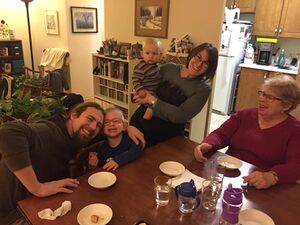 Arleigh has lived in Halifax since at least 2014, to present as of 2019. She is unmarried and without issue.

Nancy is a keen Jeopardy enthusiast.

Retrieved from "https://curriepedia.mywikis.wiki/w/index.php?title=Nancy_Greenwald&oldid=6060"
Cookies help us deliver our services. By using our services, you agree to our use of cookies.