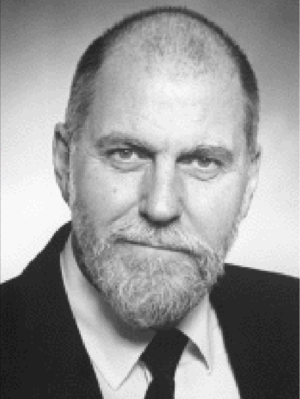 Dr Hood was born and raised in America and attended Northwestern University.

As of 2022, Daniela Kralovec had married a Mr. Love and is practising audiology in California. 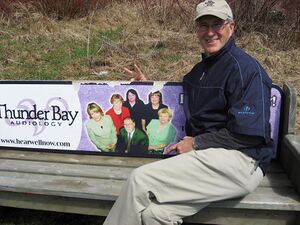 Donald's neighbour Ron Currie with an advertisement for Thunder Bay Audiology, circa 2006

He married Nancy Greenwald [1] in the 1970s and at some point for some reason, although she was from St. Louis and he was also American, they decided to move in 1978 to Thunder Bay, in Canada. They lived together on South Hill Street and had two children:

Dr Hood was divorced from Nancy in 1992, and Dr Hood remarried to another woman and moved to Halifax. He acts as stepfather to his second wife's children.

Dr Hood lived beside Michael Currie from Michael's birth until about 1993, when he divorced and moved away.

Dr Hood gave or sold Michael's father Ron Currie his first home computer as a hand-me-down, in about 1988, which had a 20-megabyte hard drive. Michael's habit of playing with the computer and causing problems led to Dr Hood coining the phrase "Pulling a Michael", which meant: unintentionally causing an unrecoverable error through curious use of the computer.

In July 2001 Michael Currie had dinner with Dr Hood and his new wife, and Jeremy Hood, at their home. That was the last time Currie saw or heard from Dr Hood.

[4] History of Speech-Language Pathology and Audiology in Canada: Our First Fifty Years, by Virginia Martin, 2011. “…exactly what is this (a)morphous identity we call a Canadian Audiologist?” Donald Hood asked. Then he said “Our European and U.S. counterparts have just a few years on most of us and are our professional parents…” quoted from Roberts, Margaret; Donald Hood. (1989) Guest Editorial JSLPA. 13.4. December 4 This issue also has recollections and history information. [7]

Retrieved from "https://curriepedia.mywikis.wiki/w/index.php?title=Donald_Hood&oldid=7940"
Cookies help us deliver our services. By using our services, you agree to our use of cookies.