The Savage Family of Rifle, Colorado are a prominent family of ranchers and real estate and energy developers based in the City of Rifle, a municipality of about 10,000 residents in Garfield County, Colorado. [1]

John Savage's father attended Stanford University in 1917 and was an energy entrepreneur working in the oil Shale industry.

Joan Savage is the matriach of the Savage Family.

In 1963, John and Joan Savage moved their family of four sons to Graham Mesa in Rifle from Grand Valley. The Savages purchased the Logan, Diemoz, and Graham farms. The four Savage boys, along with other prominent farming and ranching families, grew up on the Mesa:

John's final zip code before his death in 1984 was 81650, which covers all of Rifle, Colorado and surrounding area.

Sally Brands co-owns Savage Land Company with her husband, John Savage. Her husband is the developer and she is the builder of homes in Rifle. She enjoys designing custom homes, and solving the problems of getting the clients what they want and what they can afford on the lot they choose.

John and Sally have four children:

During the 1980s and 1990s, John Savage Jr. and Sally Brands raised their four children on Graham Mesa. 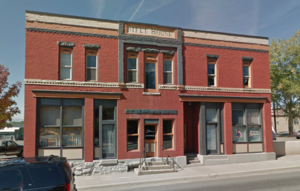 The Savage family ran (and still runs) many businesses in Rifle, Colorado. A list of the companies from 1996 to 2008 includes:

A long-time partner on many of these businesses, including Savage Resources, is a professor of mathematics from MIT.

The controller for all these companies from 1996 to 2008 was Mary Ellen Denomy [4], a self-described "fiscal conservative". She described her duties as:

In 2005, the family won a favourable appeals court ruling in a case over unpaid royalties from oil extraction on their lands. [5]

Tri-County Ambulance had its license renewed by the Garfield County Board of County Commissioners on 7 January 1997 [6] and 4 January 1999 [7].

MIT mathematics professor Daniel Wyler Stroock (born March 20, 1940) has been a partner in most of the above businesses for decades, likely from his 1972 - 1984 days as a professor at the University of Colorado. [8] For instance, Professor Stroock was an interested party in a July 2008 application to increase well usage on Orion Energy Partners, L.P. land [9], along with Savage Limited Partnership I, a vehicle controlled by Joan Savage and her four sons.

On 1 September 2016, Savage Resources filed for bankrupcy listing $16,800 in assets and $31 million in liabilities. It was owned at the time by the four Savage brothers and Dr. Stroock. The majority of Savage Resources debts, about $27 million, were listed in court documents as loans from Savage family members and entities sharing their addresses. Marshall was listed as President of Savage Resources [10]

Retrieved from "https://curriepedia.mywikis.wiki/w/index.php?title=Savage_Family_of_Rifle,_Colorado&oldid=7891"
Cookies help us deliver our services. By using our services, you agree to our use of cookies.