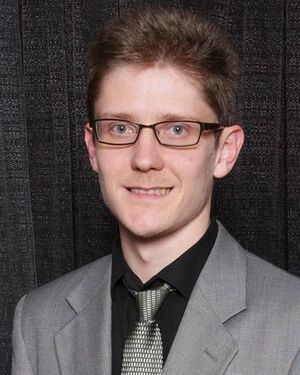 He was born to Martin Hanschke and his wife Violet.

He was raised in, and continues to live in, Thunder Bay, Ontario. He received his High School diploma from Hammaskjold High School and his university degree from Lakehead University.

For many years, Hanschke's firm has been the main delegate of Safeguard Business Systems for the region of Thunder Bay. His business' principal office is located at 227 Pearl Street in Thunder Bay, Ontario.

Hanschke inherited this business from his late father, Martin Hanschke, who originally named the business "Vimar Computer Services" as a portmanteau of the first names of himself and his wife Violet.

He was the site administrator for Matt Canning's bodybuilding website, BodyBuildingPro.com [1].

Herman is the site administrator and owns the server where the site is located - Vimar.ca. Herman allows me unlimited space and bandwidth at a friendly rate. As a result, a large portion of site earnings go towards upgrades to keep up with the new traffic and to not overburden Herman's servers out of respect for his other clients. Herman has never failed in providing help whenever it was needed, and his friendship has been unfailing. Simply put, BodybuildingPro.com would not exist if it wasn't for Herman.

Hanschke was instrumental in helping Michael Currie to secure the www.MichaelCurrie.com domain in 2001, by wresting it from investment management professional J. Michael Currie [2].

Hanschke is a longtime organizer of the Thunder Bay Folklore Festival. [3]

He and Michael Currie first met in Mr. Howard's ninth grade English class in the fall of 1996 at Hammarskjold. Hanschke asked Currie if he was a BBS user. Currie was not, but their mutual love of Star Trek, computers, and technical things made them fast friends.

Hanschke, Currie, and Adam Johns attended the premiere of Star Trek: Insurrection [5] on 11 December 1998 at Capitol Theatre [6] in Fort William.

On 19 May 1999, Hanschke and Currie attended the premiere of Star Wars: The Phantom Menace [7] at Cumberland Cinema [8] in Port Arthur.

In summer 2000, Herman created a prop for Currie's play Play On Words.

Retrieved from "https://curriepedia.mywikis.wiki/w/index.php?title=Herman_Hanschke&oldid=772"
Cookies help us deliver our services. By using our services, you agree to our use of cookies.