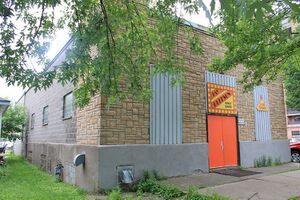 Fay Gleeson Dance Centre is a dance studio billed as founded in 1959, but in fact descended from a studio founded in 1941, in Thunder Bay, Ontario. As of 2020 it's at 222 Leith Street, Thunder Bay.

A veteran of the Thunder Bay dance scene, Fay Gleeson began dancing at the age of three with the guidance of her teacher, Gladys Hartley, until the opportunity arose to try her hand at teaching. "[Hartley] used to have a dancing studio here and when she left town one of her students [Fay's sister-in-law Rhodella] took over and I helped her teach. I was about 12 or 13," recalls Gleeson. After a few years, Gleeson was asked to take over the studio for one year. "I said, 'Okay, I'll take over for one year', and I was probably 15 at the time. I'm on my 58th year."

Gladys left town in 1952 when her husband got a job posting in Vancouver. Gladys left the studio to fellow acrobat Rhodella Achtenberg (1936 - 2017).

Also in the 1950s, Rhodella met Gary Gleeson, the leader of the "Five Gleesons" acrobatic troupe in the 1950s, fell in love, married him, and moved to Toronto so he could become a chiropractor. In 1959, she left her dance studio to his sister and fellow acrobat, Fay Gleeson (born circa 1943). She has continued to run the studio all the way to the present day, as of 2020.

Recently it has been increasingly run by Rhodella's daughter, Cindy Kennedy (born circa 1960s).

I took tap and ballet lessons from faye Gleason in 1960.I believe her studio was on Archibald St. In the ymca building.I believe she is still teaching. Wonderful woman.

The name "Fay Gleeson" is an apt and highly memorable name, worthy of a Hollywood actress. It's the perfect name for a dance studio: it has a lightness, a feel of dancing, and the word "Glee" right in the name.

If they had kept the name of the founder, it would have been called "Gladys M. Hartley Dance Centre", which definitely doesn't have the same sound.

Interestingly, the studio's eponym hasn't gone by the name "Fay Gleeson" since the 1960s; when she married she took her husband Rob Steadwell's family name, and has been known as "Fay Steadwell" for over 50 years. 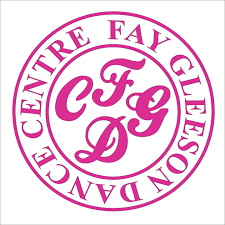 I topped my dance tour off by chatting with Cindy Kennedy who is at the Fay Gleeson Dance Centre. Cindy’s mom [Rhodella Achtenberg] was Fay’s teacher [and sister-in-law] and with these family role models, dance was a logical path for Cindy. [Fay is Cindy's aunt] 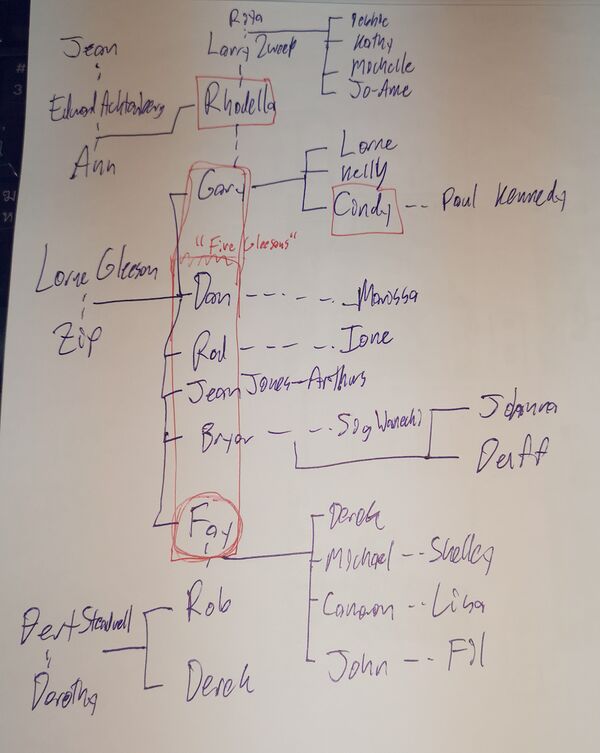 The connection between Fay Steadwell and Rhodella Zweep:

Retrieved from "https://curriepedia.mywikis.wiki/w/index.php?title=Fay_Gleeson_Dance_Centre&oldid=7910"
Cookies help us deliver our services. By using our services, you agree to our use of cookies.