Miss Anna (as she was affectionately known) had a great passion for the cultural field. She attended many well known Dance Schools in North America and never being satisfied in improving her knowledge and perfection in this field, she became an adjudicator in her own right. She organized her own Dance Studio, which she taught for over half a century. Still not being satisfied, she opened up a boutique catering to students interested in this field.

Anna taught from the second floor of the International Co-Op Store on Algoma Street as of 1952.

"I as well as many others, took dancing lessons from her for many years in Thunder Bay from when I was two years old in 1969, up until I was a teenager [circa mid-1980s]. She offered ballet, tap, jazz, toe, [Cecchetti], and Ukrainian dancing at her studio. Her students completed various examinations, participated in annual concerts and performances, and went in yearly dance festivals where we were adjudicated... we called her "Miss Anna" in class :) ... This was a HUGE and integral part of my childhood years and I loved my years with Anna :)" 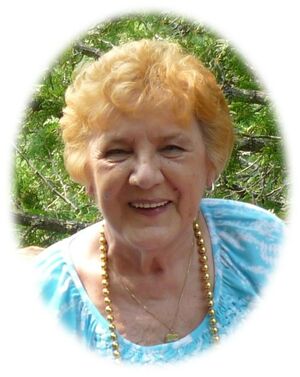 Eleanor Kushnier, born August 15, 1933 passed away unexpectedly on March 10, 2019. She attended school at Port Arthur Technical (Hillcrest) then began her career at the Lumber and Sawmill Workers Union that spanned 40 years, most of those as office manager. As a youngster, she, her brother, and sisters were involved with Ukrainian dancing, which evolved into being a big help to her sister Anna Pozihun’s School of Dance, spending many evenings and weekends there… especially at times of performances and Music Festivals. This tradition carried on to her daughter’s teaching endeavors.

She was married to the love of her life, Stan, on October 4, 1952. Their relationship is a shining example to all of us about love and commitment. Their home and children were of utmost importance. Summers were spent enjoying camping and fishing, road trips, blueberry picking and their yard. Involvement with her children as well as Randy’s children’s events were evident through attendance at most football and hockey games, dance and band recitals. She was proud of their achievements, scholastic and otherwise and was their biggest fan. In later years, short road trips “just south of the border” were of great enjoyment.

Private family graveside service will be held at a later date. In lieu of flowers, donations to the Canadian Diabetes Association or charity of choice is appreciated.

Eleanor Kushnier's daughter Sheryl Kushnier also had a studio. "Sheryl Kushnier had her own home based dance studio. Can’t remember the name of it but it used to be listed in the Key." - Jane Einarson [1]

Retrieved from "https://curriepedia.mywikis.wiki/w/index.php?title=Anna_Pozihun_School_of_Dance&oldid=6931"
Cookies help us deliver our services. By using our services, you agree to our use of cookies.