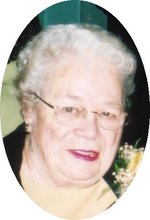 Mary Day Bowen, as she appeared in her obituary

Mary Day Bowen (circa 1929 to 20 August 2008) is the only child of Jack Carrick, the eldest son of Port Arthur real estate magnate J.J. Carrick, making her one of J.J.'s five grandchildren.

Mary Day Carrick was born circa 1929 to Jack Carrick and his wife Mary Winnifred Elizabeth Rose.

Her first name may have been for her mother or for her paternal grandmother, Mary Jane Carrick.

Her middle name was most probably named for her paternal grandmother's maiden name, Day.

Mary Day as of 2008 has four grandchildren, but it is not yet clear which grandchild was born to which of Mary Day's two children:

Loving mother of John and his wife Julie of Kingston and Kelly and her husband Shane Watson of Chesley. Cherished grandmother of Ryan, Heidi, Abby and Lucy. Mary Day was predeceased by her husband Laurie and her parents, John and Mary (Rose) Carrick.

Visitation will be held at Cameron Funeral Home, Chesley on Friday from 2 - 4 and 7 - 9 p.m. where the funeral service will be held on Saturday, August 23, 2008 at 2 p.m. Interment in Chesley Cemetery.

Memorial donations to the Saugeen Valley Conservation Foundation - Memorial Grove Fund would be appreciated as expressions of sympathy.

Retrieved from "https://curriepedia.mywikis.wiki/w/index.php?title=Mary_Day​_​Bowen&oldid=7101"
Cookies help us deliver our services. By using our services, you agree to our use of cookies.